“What had human beings become? Did war make us evil or just activate an evil already lurking within us?”

– Ruta Sepetys, Salt to the sea

This is a society where values are considered to be the most sacred thing of all. On the other day when I was discussing about live – in relationships with my mom, the discussion took a new pace about opinions. My argument was that everyone has their own lives and we are nobody to interfere and there is nothing called right or wrong until it affects a fellow being. Then came the subject about recent happenings in our country. The Rape case of Aasifa. The subjects touched were the ones which were usually discussed by all.

Everything starts with this patriarchal society where no one questions about men about what they do, where they go or who they hang out with. On the contrary, the woman is questioned even in the most insignificant thing she does. Here, in this country, a girl has to remain virgin and it is no doubt the most necessary thing you save up for your husband. Yes.. the husband owns you. There are tests like white bed sheet test where the girl has to bleed the very first time. Really??!! There is no way to prove one’s virginity unless the girls confronts and reveals it. But, no one cares about the guy. And after the marriage the guy acts like he owns the girl and rapes her even when she is not ready. This is not even considered a crime since it is the husband after all.

The guy can literally do anything he wants. He can rape anyone and just get away with it. RAPE is the highest possible form of violating the human body. Never ever say that the rapist is an animal, NO he is a monster. At least animals don’t rape, their mating is consensual and it happens naturally by attracting the mate. So be ashamed as a human being. When there is a murder, the criminal is blamed and this is literally the case with almost all the crimes. But in case of rape, the victim is blamed. Why?? the girl has enticed and given a chance to rape her.

In case of nirbhaya, everyone’s concern was why did the girl go late at night. Truth is 8:30 or 9 Pm is not late in my city’s standards. I go home after work at that time. So does that violate my character??? A girl’s character is questionable when she drinks, smokes, independent, bold, opinionated, has premarital sex etc, and this girl deserves to get raped, molested and killed. On the contrary, Aasifa was a eight year old kid whose only fear must be refrained from playing not getting raped. Since this kid was playing, does that make her get raped in the so called holy place?? So the issue is with the source – Men.

Revealing or not, she is not asking for it

Virginity is purity – who set up all these norms??

Purity in a relationship comes from heart not virginity. why this statement??  Because a few years ago I saw a video where men are asked if they would marry a rape victim. Most of them said the girl should be pure before marriage. It is not the victim’s fault. Why punish her??? When a rape takes place, the girl gets devastated, her honor, her family’s respect are all lost. In our society, it is considered to be the doomsday for the girl. She would be that living-dead corpse who would not be able to lead a normal life and not brave enough to take her life as well.

If she is out late at night, she is not asking for it.

It is up to you to anything with your body, sex can be consensual, but RAPE is wrong, VERY WRONG. Don’t ask the girls to defend themselves, rather teach your sons not to rape.

If she is drunk she is not asking for it.

What do you teach??? 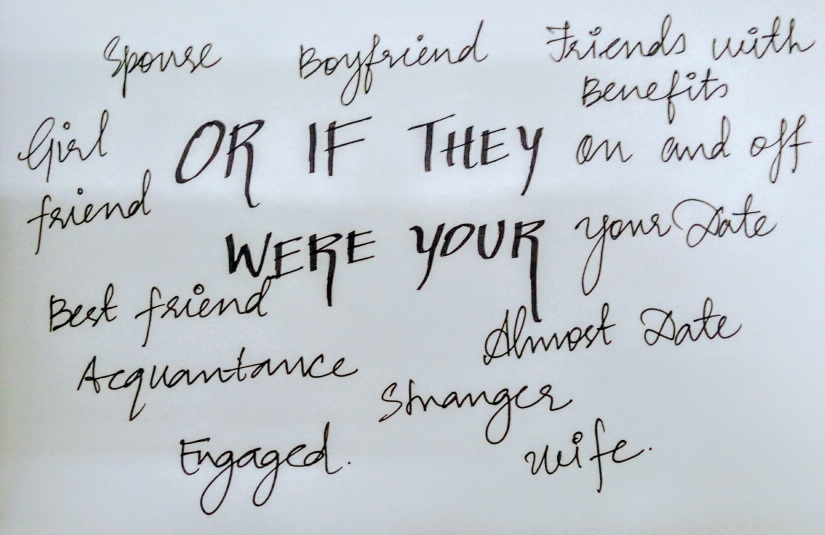 You do not rape. Period.

Until next time, Happy blogging everyone.

Inspired from the movie PINK, documentary on India’s daughter.